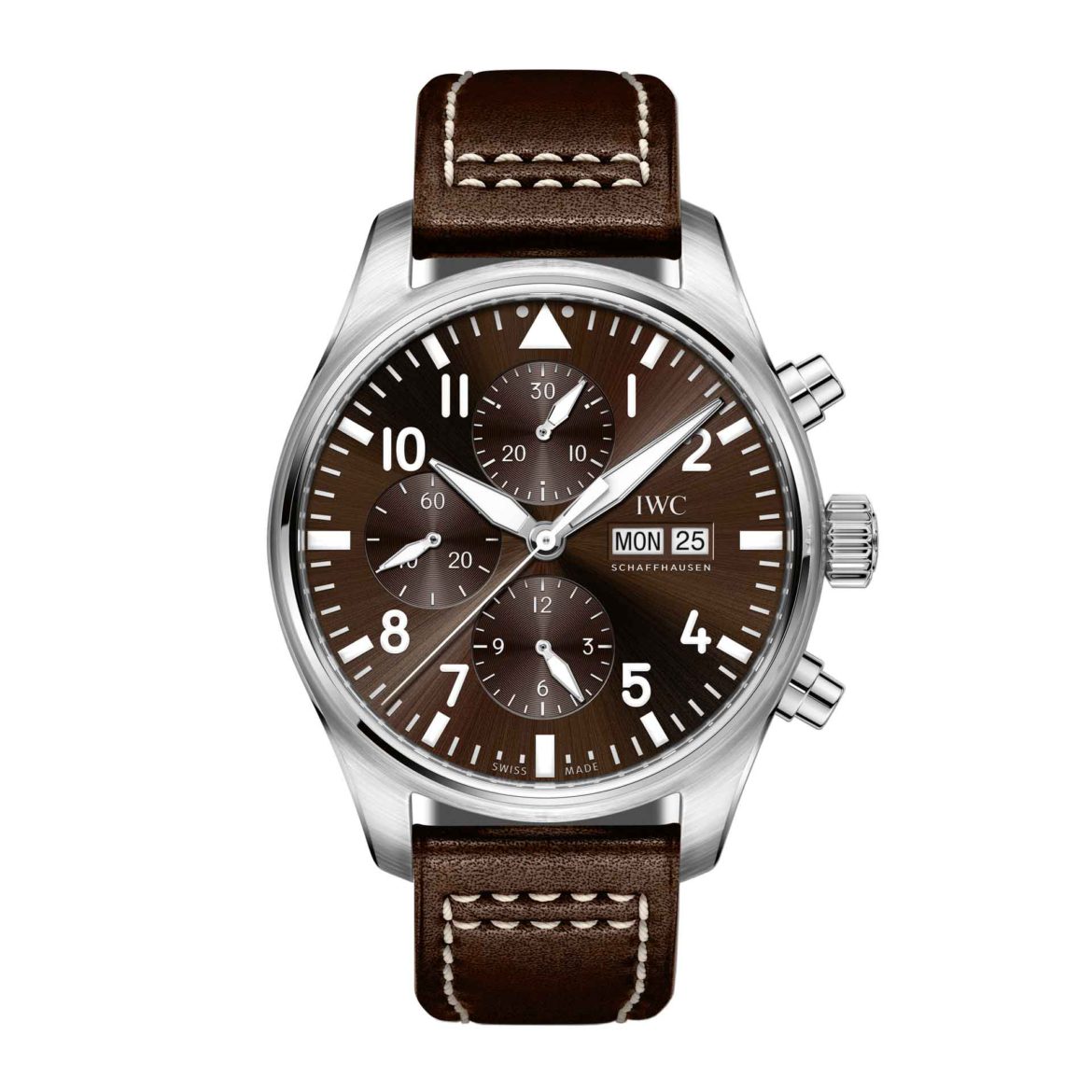 Like all models honoring the French pilot and author Antoine de Saint-Exupéry (with a ‘-‘ between ‘Saint’ and ‘Exupéry’ although IWC does not use that in the watch’s name) it features a tobacco brown dial and a brown leather strap. This brown color is inspired by the typical overalls worn by pilots in Saint-Exupéry’s era. Some earlier models feature an ‘A.’ on the dial, the paraph of Antoine de Saint-Exupéry. This new IW377713 hasn’t.

In case you have never heard of Antoine de Saint-Exupéry, he is quite a heroic guy. Antoine Marie Jean-Baptiste Roger, comte de Saint-Exupéry, was born in 1900 and was a French pilot. And writer, poet, aristocrat, journalist, and pioneering aviator. He flew for the French Royal Force and probably died in 1944 after a plane crash while on a reconnaissance mission off Corsica.

Sure, the IWC Pilot’s Watch Chronograph Edition Antoine de Saint Exupéry has the Lightning P-38 engraved on the back 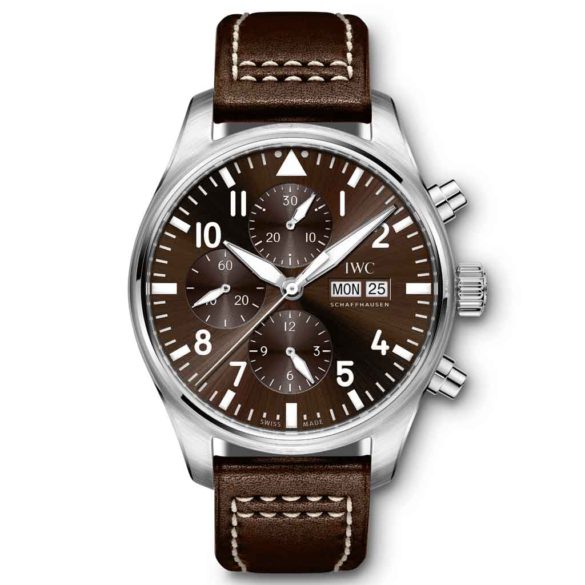 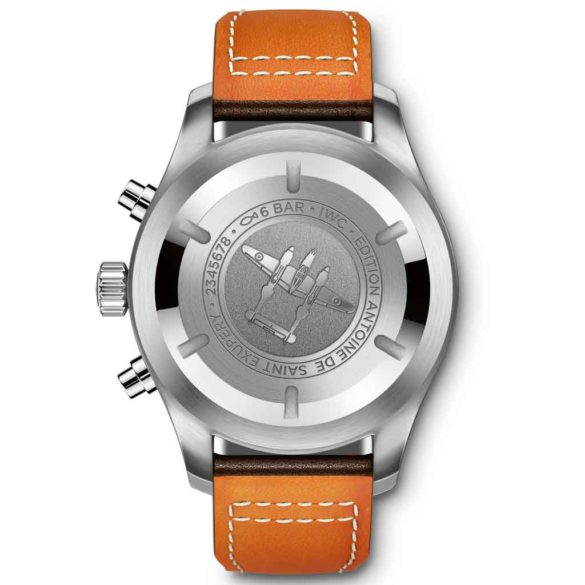 His most known book is The Little Prince (Le Petite Prince), a theme also adapted by IWC. His philosophical memoir Terre des hommes (in English the title is Wind, Sand and Stars) from 1939 became the name of the international humanitarian group Terre des Homes.

The IWC Pilot’s Watch Chronograph Edition Antoine de Saint Exupéry meets all the characteristics of a pilot. A little oversized, easy to read and with big pushers easy to operate. To stay in connection with Antoine the case back is embellished with an engraving of his assumed last aircraft, a Lightning P-38.

Inside is IWC’s caliber 79320, a chronograph with a power-reserve of 44 hours. It rests in a soft-iron inner case to protect the movement against magnetic fields, has a screw-in crown and the glass is secured against displacement by drops in air pressure.